Circular Causality in Family Issues: How to raise emotionally and mentally healthier children 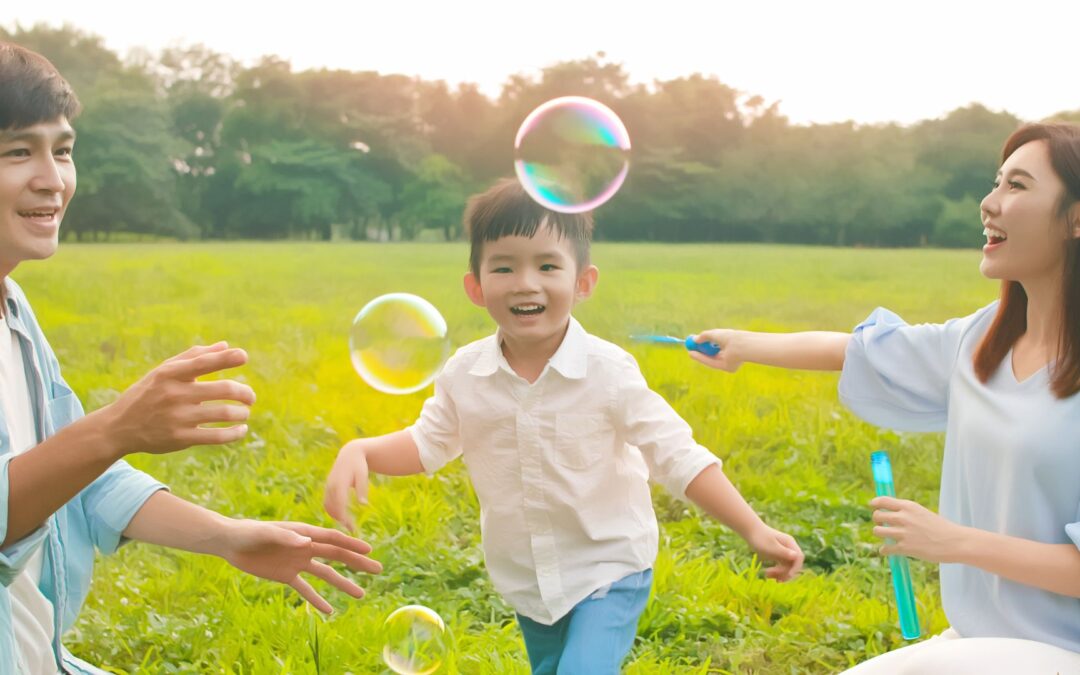 What Is Circular Causality?: Understanding Your Child’s Reactions

The American Psychological Association defines ‘Circular Causality’ as a sequence of causes and effects that leads back to the original cause and either alters or confirms it, thus producing a new sequence, as in a feedback loop.

This is an important concept that helps to explain certain interactions within relationships better. Relational patterns and rules between family members within the family system dominate how individuals interact and engage with one another. These rules are often silent, unconscious or multi-generational in nature. Within this system, the family operates according to some ‘thermostat’ which sets the ‘desired setting’ for how each member is expected or required to function. The functioning applies to how situations or people are viewed, how much self-disclosure is welcomed or permitted, how personal or interpersonal difficulties are addressed or not, how disagreements or secrets are to be dealt with, or what relational values are being promoted. Families in different cultures may operate with certain predictable rules or patterns, eg. within families sensitive to shame, avoidance or non-verbal disclosure, communication is often practised. Tapping into the honest emotions of members over time tends to reveal the ‘temperature’ within the family system.

Families nurture the psychological ‘birth’ of the sense of self within children during their childhood. In the process, parents shape within their children how young children will engage themselves (intra-personal relationship) to function in later childhood and adulthood (inter-personal relationships). Healthy relational patterns and appropriate rules are important to foster healthy emotional development towards an important psychological milestone for children: healthy identity formation. Because these patterns and rules are so fundamental in the shaping process, it is important for parents to understand how they can shape their children towards this healthy identity. If not, the child could begin a life-long struggle from having accepted an identity that is diffused, confused or distorted in nature. This is usually accompanied by secondary effects of this outcome, eg. a pattern of difficult or troubled relationships with others. This usually adds additional distress to the sufferer and to those who relate to them.

Instead of understanding interactions within relationships along a linear continuum where there is a definitive start and end, circular causality opens up to appreciating the relational context where interactions can be examined between two events in more useful detail. With an understanding of circular causality, understanding the interactions between two or more individuals can better reveal where an interaction can get stuck. This pattern occurs in all relationships but it is especially within ongoing relationships where being stuck in a negative cycle can lead to particular disappointments, hurt and pain. For children, unhealthy patterns and rules within families can undermine the child’s emotional development over time.

Circular causality is particularly useful to explain conflicts between family members which can become persistent and damaging. Persistent hurts can undermine relationships and lead to how negative expectations of each person are viewed and engaged with over time. They are a concern because of the prospect of children’s sense-of-self being hurt or damaged within certain family systems. Therefore, careful attention is usually necessary in understanding the attribution of cause-and-effect of what is problematic between family members.

Individuals attribute cause and effect or causation in situations and within relationships. Linear cause and effect of A 🡪 B 🡪 C are defined by a specific start and end point. Individuals who operate from understanding relationships based on linear causality tend to assume that problems are caused and maintained by the other individual’s beliefs, biology, emotions or other abnormal factors within the individual, i.e., they are self-generated. Therefore, solutions are found when the individual in question changes their beliefs or emotions within them to respond differently to the situation.

In contrast, circular causality refers to the reciprocal relationship between two events. Family members influence each other in a continuous process within a feedback loop. A vicious cycle is often present when two or more family members have relied on unchecked assumptions to carry out their attributions of cause-and-effect in the situation. The perspective of reciprocal relationships stems from the foundations of cybernetics, which refers to the regulatory action where one part of the system impacts another. Events usually do not happen in isolation. There is a feedback loop which tend to result in a new equilibrium. It is more that A 🡪 B 🡪 A.

For parents who operate on assumptions of linear causality, their perception can easily overlook other reasons to explain the child’s original presenting problem, eg. Susan may be bullied at school, she has an unhappy relationship with her teacher, or she may be afraid of facing exams but is afraid to tell anyone. Parents who operate based on linear causality tend to see their child as the source of the problem, and to overlook their contribution or other reasons leading to the child’s presenting problem.

Instead of being quick to judge the situation as the child choosing to misbehave, parents should focus first on establishing a safe, trusting relationship with their daughter before their intervention.  They can raise concerns about what their child may be fearful of with empathy. The following statement could be as follows, “Hey Susan. You usually would enjoy attending school. But something unpleasant or uncomfortable may have happened to make you afraid of returning to school. I remember that when I went to school, I have at times been uncomfortable going to school because I was afraid of meeting someone I did not like, or having to face an exam I was not prepared for, or having to face a teacher who was mean. Can you tell me what is going on for you at school that you are uncomfortable facing? I will like to help you.”

John struggles in completing his homework and his poor grades. The father Mr. Lim responds to him with harsh criticism. Hurt and demoralized by his father’s criticism, John does not put in his best effort at school. His father’s criticism then intensifies and John puts in even less effort to learn.

Family difficulties are often not rooted by a simple mistake made by the child (mistakes are common for children and instrumental for how they learn).  In this scenario, the father’s response to John may be reflective of how Mr. Lim was regarded as a child himself by his own parents when he was growing up. Criticism then is an extension of how he was treated as problematic as a child (to regard himself as stupid, inadequate, irresponsible) so as to repeat the cycle here. Without knowing all this history, John becomes hurt and angry against his father’s accusation. He can try to defend himself and retaliate with, “I am not useless. You are.” Mr. Lim who is outraged by John’s apparently disrespectful reply can bear down on John for what he considers to be John’s defiance to intensify his attack: “You are not only useless but disrespectful.”  This pattern can then set up a loop that becomes self-perpetuating or self-reinforcing based on their view of each other. John is seen by his father not only as stupid or irresponsible, he is also viewed as disrespectful and defiant. In turn, John sees his father as unloving and hurtful whom he needs to distance himself from. If they had a positive relationship earlier in John’s life, this relationship can deteriorate over time if the underlying issues are not addressed.

In reciprocal relationships, circular causality is often revealed in the course of the interplay between emotional experiences, false or valid expectations and eventually how we experience each other. It often reveals how one or both parties perceive and interpret their individual world, and there is usually a historical reason  behind their perception. Our current experiences, perspectives and approach to relationships are often already influenced or shaped by our previous significant relationships with our family-or-origin and culture.

[ In this situation, Mr. Lim should be advised to consult a child clinical psychologist when he sees no improvement with his son’s behavior. He needs to be alerted to the importance and quality of the parent-child relationship in impacting the child’s self-esteem, emotional conditions for what children need to thrive and the nature of the unconscious. If Mr. Lim was armed with the appropriate knowledge and possibly obtain personal help to address his relationship with himself as defective or inadequate, he could approach his son with, “Hey son. Studying in Singapore can be challenging or difficult. The workload can be heavy and the material can be difficult. I struggled with it too when I was a student. What struggles are you facing at the moment?” ]

In the midst of ongoing conflicts between parents, their child Ben develops anxiety because the two people he loves appear to be hurting each other. Ben acts out with anxiety and/or depression, eg. temper tantrums, excessive withdrawal from school or play, trouble at school. This draws the attention of his parents who attend to him. In the process, their own conflict decreases. From this, Ben learns that he can influence his parents’ conflict through his anxiety.

Circular causality helps to explain why family members may be stuck arguing about the same subject every time through communication traps or failures. Understanding cause & effect on a linear perspective in relationships can result in an artificial understanding: one cause & one effect or multiple causes & the same effect. In this scenario, Ben’s parents may wish to see Ben as having difficulties coping with school. Their solution may be to improve Ben’s responses to become more resilient. But if Ben attempted to communicate his difficulties with his parents’ conflict, they may not wish to believe that they contribute to his struggles. In so doing, they fail to capture the root of the problem for what it is. A child’s struggles may be defined by their parents because the child’s limitations reflects the parents’ limited emotional insights on themselves or their children. This lack of emotional insight and understanding is often expressed through circular causality to reveal that children can be misunderstood often and that the parent-child relationships can often be negatively impacted.  The parents’ own limitations are often overlooked in the situation.

Repeated over time, the negative rituals expressed in circular causality can be locked in place by ignorance, emotional hypersensitivity, defensiveness, contempt for one or more family members, hopelessness, hurt, anger, blame, fear and avoidance or stonewalling. Emotional cut-offs may be used frequently. If this happens, the effects of circular causality in an unhealthy family system can be experienced as intolerable. If there was previously a positive bond that bound the relationship, it can now be worn down by pain and the relationship may become damaged.

In this situation, the parents should consult a clinical psychologist familiar with children and family issues when they notice their child struggling with school or presents with anxiety in the midst of their conflict.

How To Break The Cycle