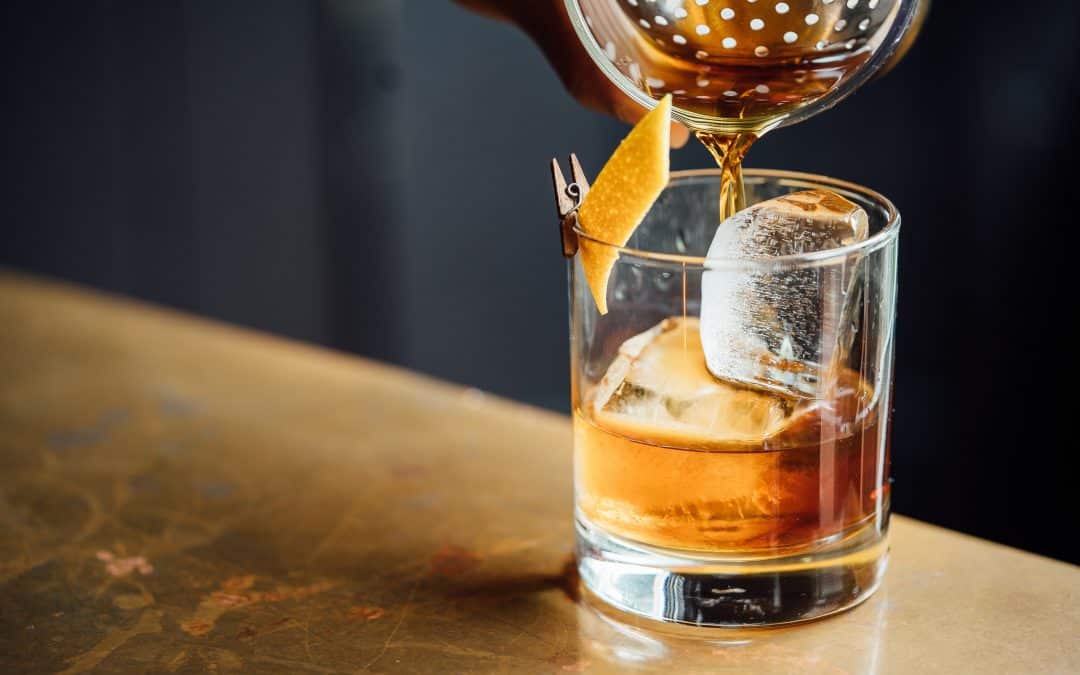 What comes to mind when someone mentions alcohol? For many, alcohol is often associated with the temporary avoidance of daily struggles. Whether or not we have the habit to drink, it is a known fact that people may tend to have “blackouts” whenever they’re really drunk – and are unable to recall anything during these periods of time. As for young adults, perhaps it could also be attributed to their keen desire to look “cool” and to show off their high alcohol tolerance to their friends. However, alcohol can be addictive, and frequent heavy drinkers run the risk of becoming alcohol-dependent and hence developing alcohol use disorders. But what actions can we take if we find ourselves constantly wanting to submit to such an altered state of being, and seeing the appeal in losing control of ourselves as a form of escapism?

What is an Alcohol Use Disorder?

According to the Diagnostic and Statistical Manual of Mental Disorders (5th ed.;

DSM–5; American Psychiatric Association, 2013), an alcohol use disorder is essentially characterised by “a problematic pattern of alcohol use leading to clinically significant impairment or distress as manifested by at least two of the following, occurring within a 12-month period”:

In regards to the disorder’s severity, it is safe to say that an individual categorised under the ‘mild severity’ category would display two to three of the above symptoms, while those under ‘Moderate’ would display four to five. For persons who develop six or more of such symptoms, they would, unfortunately, be diagnosed to be severely alcohol-dependent.

In the development of alcohol abuse, we need to recognise that the physiological and psychological reward system in our brains are what contributes to the clouding of negative consequences and effects associated with alcohol dependence and addiction. In other words, the possibility for change is tough, and the learnt habit can be hard to kick. Positive and negative reinforcements play a major role, especially in the beginning stages of alcohol abuse. Positive reinforcement occurs when the chances of an individual performing an activity (in this case, drinking) is heightened due to his previous experience of feeling rewarded by the “high” he or she obtains when getting drunk. On the contrary, negative reinforcement occurs when the probability of alcohol-seeking behaviour increases upon allowing the drinker to avoid certain situations or negative stimuli. Therefore, it can be said that alcohol abuse is fuelled by the physiological and psychological reward system, thus increasing one’s motivation to consume more alcohol, though sometimes a little too much.

Alcohol addiction can be greatly detrimental to our lifestyles, as well as to our physical and mental health. Known to be a depressant, alcohol can have a significant impact on our brain’s activity. If you’re drinking unhealthy levels of alcohol in an attempt to manage other mental health conditions such as anxiety or depression, stop it immediately! Alcohol affects neurotransmitters in your brain, potentially worsening your pre-existing condition. As such, it is crucial that we help people with alcohol use disorders to move past their addiction to a more fulfilling lifestyle.

What forms of treatment can I consider?

Alcohol abuse can be treated with psychiatric or psychological intervention, sometimes a combination of both.

When it comes to psychiatric medications, psychiatrists may prescribe medications used primarily to treat alcohol withdrawal by targeting the GABA neurotransmitters in the brain, allowing the brain to restore its natural balance when the person abstains from alcohol. Another common medication prescribed mainly affects the individual’s alcohol metabolism. The drug increases the concentration of acetaldehyde, a product formed when alcohol is broken down. The buildup of this acetaldehyde induces undesirable effects such as vomiting, hence holding the person back from consuming large amounts of alcohol. However, despite these drugs being the commonly prescribed medications, it is extremely dangerous for one to source and consume them without first consulting a professional psychiatrist. Everyone’s case is different, and people may have differing medication needs.

Another form of treatment one can consider is Cognitive Behavioural Therapy (CBT). CBT is an effective method which focuses on helping one identify and uproot negative or irrational thoughts and/or behaviours. Being highly solution-focused, such forms of therapy can include trying to help these individuals to recognise situations in which they are inclined to drink, and how they can better repress themselves. As such, the main goal would be for these people to recognise their problematic behaviour, and subsequently cut down on and adhere to healthy alcohol consumption levels. Since the impact of alcohol abuse is usually not limited to the individual, family therapy may also be recommended at times, especially if the individual’s alcoholic behaviour causes others distress.

All in all, alcoholism is not a matter to be taken lightly, as alcohol can certainly bring harm to both our physical and mental health if not consumed in moderation or at healthy levels. Do seek treatment immediately if you find that your alcohol-use patterns are interfering with your quality of life, or if you constantly find yourself craving higher doses each time. 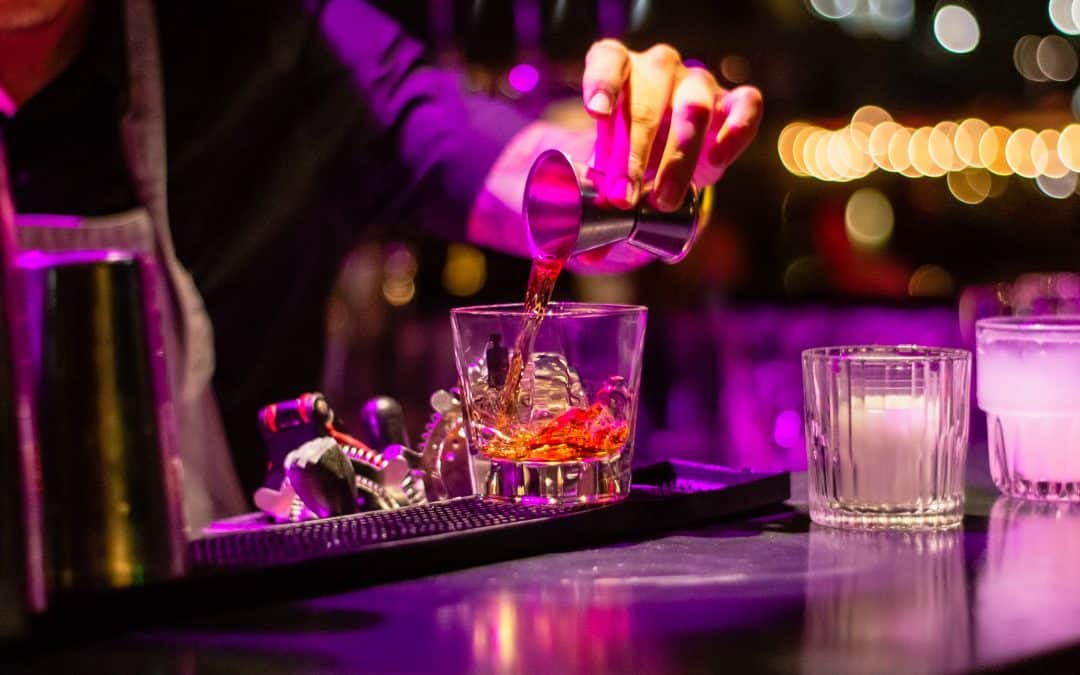 With economic growth and increased globalisation, alcohol consumption generally increases as it gets more affordable and popular as a drink for celebratory or social occasions, and even for stress-relief. This same trend has been observed in Singapore – where the per capita alcohol consumption in Singapore has nearly trebled from 2005 to 2015, and a study released in 2016 estimated the prevalence of binge drinking in Singapore to be 9.6 per cent of the population. Among young adults in the recent decade or so, the number of alcohol-related incidents including verbal abuse, physical abuse, domestic violence, as well as property damage and vandalism have also increased. According to the Institute of Mental Health, a nation-wide study in 2010 found that one in 19 of those aged 18 to 34 struggle with alcohol dependence, abuse and disorders. The study also highlighted that the chances of alcohol-use disorders in this age group were twice that of age groups above 35. In this article, we will thus explore why drinking is becoming more prevalent, and the types of alcohol-related harm that young adults are increasingly vulnerable to.

For sure, individuals don’t become an alcohol addict overnight – they usually start with binge drinking, which is the worrying trend among young adults. Binge drinking is defined as the heavy consumption of alcohol within a short span of time with the intention of being inebriated. Binge drinking can be classified under mainly two categories: extensive drinking on a single occasion, or continuous drinking over days or weeks. It isn’t a rare sight to see youths gathering on a Friday night or weekends to go clubbing – places where most drinks have high alcohol content. Even with the COVID19 pandemic at present, young adults can still be seen to gather in small groups to drink and socialise. As a matter of fact, more people have turned to drinking in order to cope with the COVID19 situation. On a global scale, studies have shown that alcohol sales and consumption has risen. As an example, according to a recent study conducted by the USA Nielsen Company, there has been a 240% increase in internet alcohol sales, including hard liquor. Needless to say, it is not surprising that more Singaporeans would pick up drinking in order to cope with their unpleasant emotions and distress as well.

Frequent binge drinking may lead to alcohol dependence or addiction, especially when these individuals start consuming larger amounts of alcohol in order to obtain the same “high”. So why are more young adults exposed to alcohol drinking? Firstly, Singapore’s progress and prosperity have brought about lifestyle changes of youths and young adults compared to their parents’ generation. The increasing independence and thrill-seeking behaviours of these younger people might also include experimenting with alcohol. Secondly, globalisation has undermined many of the traditional controls on alcohol, making it widely available and aggressively marketed and promoted throughout society.

People who begin drinking early in life run the risk of developing serious alcohol problems, including alcoholism, later in life. They also are at greater risk for a variety of adverse consequences and poor performance in school or at work.

Overall, alcohol-related harm doesn’t merely include alcohol poisoning or eventual liver failure. Rather, it can also refer to:

To reiterate, binge drinking can very well lead to alcoholism and it shouldn’t be taken too lightly. Identifying people at greatest risk can help stop problems before they develop. Young people are at greater risk of alcohol-related harm than adults. Excessive alcohol drinking as a teenager can greatly increase the risk of damage to the developing brain and also lead to problems with alcohol later in life. For those of you that find yourselves increasingly inclined to drink high amounts of alcohol, do consider taking proactive steps to reduce your intake. It may require strong willpower and determination initially, but things will be easier once you take the first step. Go for alcohol addiction treatment therapy or counselling,  if it can give you the push you need to counter your drinking habits, or connect with like-minded people through peer support groups such as Alcoholics Anonymous. By curbing and reducing your alcohol consumption to safe levels, you will be doing both your physical and mental health a favour.