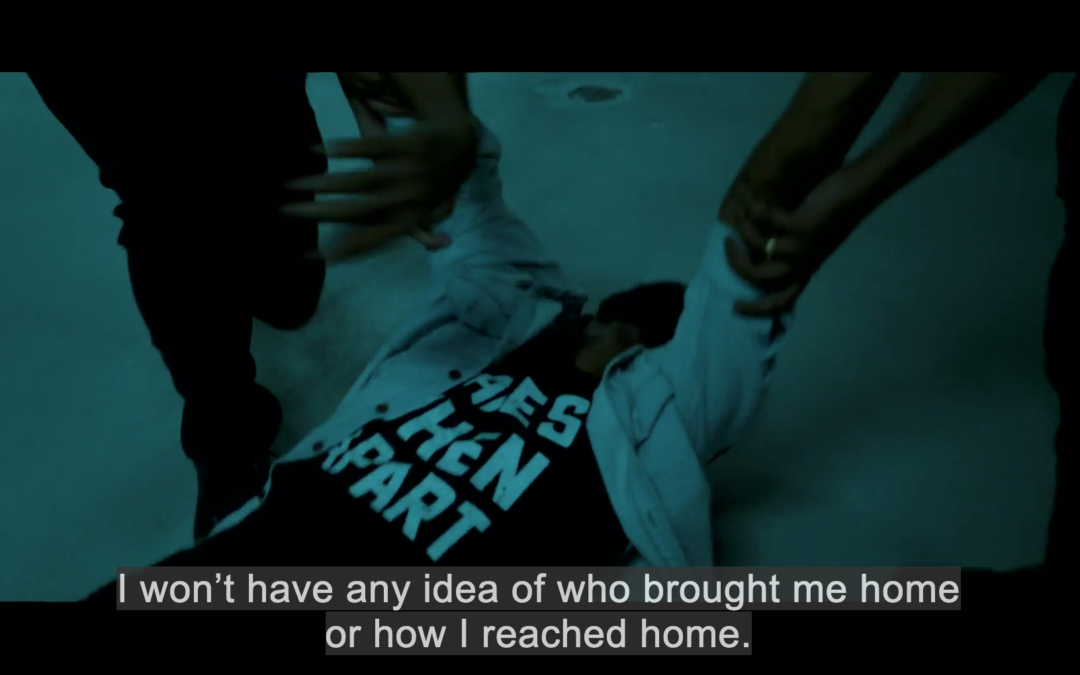 Episode 7 of En Ullae S2 is a harrowing tale of Ramesh’ descent into utter despair due to his alcohol addiction. After the lilting trill of a happy alcohol buzz wears off, people in the throes of addiction often experience a sense of bitterness and desolation. It’s an artificial stimulant that when consumed, releases endorphins, neurotransmitters that promote a feeling of euphoria and help reduce stress.

Some instances of alcoholism are undergirded by an anxiety disorder, according to Dr Rajesh Jacob. He posits that people attempt to “treat” symptoms of anxiety by self-medicating with alcohol, ameliorating the discomfort of social situations through chemically induced disinhibition and happiness. They become chattier, and won’t choke during conversations – an alluring prospect for chronically anxious people.

Ramesh, now advanced in age, wistfully recounts how he fell into alcoholism. At 15, he and his friends would entertain themselves with drinks and idle chatter at a ‘kopitiam’, a Singaporean colloquialism for ‘coffee-shop’. Dr Jacob reminds us that despite being a stimulant, long term alcohol abuse invariably leads to depression or anxiety. Alcohol addiction can stem from a variety of factors – from the ‘angry, drunk father’ to early over-exposure to alcohol, and everything in between. Hassan Mansoor, a recovering alcoholic, confesses that his first foray into Bacchanal pleasure was during his secondary school years(junior high) for you Americans). He doesn’t remember the time with rose-tinted glasses, though – his adolescent years were marked by incessant violence, physical altercations and poor academic performance. He’d thought it made him look “cool”. Beer, whiskey, “Boon Kee Low”, “Paddy”, its name derived from its roots as a rice wine, and “Deer”. All of them cheap highs.

We’re then treated to a vignette in which a listless Ramesh, rake thin, gets into an argument with his doe-eyed girlfriend over whether wine should be drunk at lunch. Both of them are adamant that they hold the moral high ground – Ramesh, with his insistence that wine is “not hard liquor”, and Reena, with the awareness that his alcoholism is ruining not only their relationship but himself. We learn that the long-suffering Reena has tolerated Ramesh’s equivocations and excuses for four years, and she’s at the end of her tether.

(Click on the link for a version with English subtitles. Remember to click on the ‘Settings’ button to reveal the English subtitle selection. https://www.mewatch.sg/en/series/en-ullae-s2/ep7/954631 )
Dr Jacob explains that genuine awareness of an alcohol problem can only legitimately come from within, and external criticism is met with a wall of anger and irritation. In the early stages of alcohol addiction, one usually does manage to induce some level of happiness. As the disease progresses, drinking no longer “feels good” and chemical dependence means that consumption is imperative to avoid withdrawals. Alcohol withdrawal symptoms include hand tremors, which can set in as quickly as 4 – 6 hours from the last drink, insomnia, anxiety, psychological cravings, palpitations and sweating. Alcohol addiction is a vicious cycle, according to Dr Jacob.

Most people suffering from alcohol addiction start off with social drinking, which isn’t a problem in itself. However, addiction is a chronic, progressive disease which Dr Jacob measures with three factors of varying severity: drink frequency, duration of drinking, and cravings. Ramesh admits that his family life and relationships suffered. Getting blackout drunk was a nightly affair, which left his wife paranoid of his infidelity, when in fact he was unconscious in a ditch somewhere. He wouldn’t remember the events leading up to the loss of consciousness, a form of anterograde amnesia. Eventually, his wife takes out a Personal Protection Order (PPO) against him, the Singaporean variant of a restraining order.

The spiral into full throttle addiction isn’t a pretty sight. Just being in the presence of his drinking buddies would catalyse a night of binge drinking, invariably followed by a hangover in the morning made all the more unbearable by guilt over the slow rot of his cherished relationships. Work performance suffered, many a medical certificate was sought, culminating in joblessness.

Dr Jacob explains that addiction leads to productivity impairments at work. A sure sign of dependence is the need for a drink in the morning to curb tremors and imbibe him with enough energy to perform as a barely functioning alcoholic. Day drinking and surreptitious alcohol breaks are common. When in active addiction, one’s happiness (in the form of craving relief) takes precedence over that of others, and empathy goes out the window. Ramesh is reduced to a pitiable state, cajoling once close friends to spot him the occasional tenner – in their eyes, he is reduced to a shadow of his former self. Now jobless and without an income, he burdens his children with the restitution of his loans – he is now too functionally impaired to perform any meaningful work. His wife is now the sole breadwinner, and the guilt in his voice is apparent, even today.

Ramesh only manages to stop drinking for some length of time at 48 due to chest pains. After a successful heart bypass, he turns to drink again. Then comes the second bypass, which he sullies with an infection brought on by his inveterate drinking. Alcohol and heart medication should not be taken together, but his addiction blinds him to a sanguine truth. It is only after last-ditch surgery is performed that he cultivates some restraint, managing to abstain from drink when he recuperates for a month in the hospital. He is 68 when he finally gets into recovery.

All manner of physical ailments accompanies alcohol addiction. “From the head to the feet”, Dr Jacob says. The brain is atrophied such that fits, falls, bleeding, subdural hematomas and dementia become common. Liver cirrhosis brings about jaundice and bloody stool. Peripheral neuropathy, a feeling of pins and needles in the hands and feet arises from damage to nerves outside the brain and spinal cord. Even sexual performance suffers. If diabetes is comorbid, the body becomes much poorer at sugar control.

Dr Jacob recommends a ‘biopsychosocial’ model for treating alcohol addiction. “Bio” refers to medical treatment in the form of total abstinence (detoxification) and medication. “Psychosocial” refers to psychological counselling to treat addiction, medication to reduce cravings, and therapy sessions with the family. In short, a treatment model that aims to target likely risk factors for relapse.

Nobody takes their first drink and thinks, “This’ll be the death of me”. Fortunately, if people suffering from alcohol addiction take a step back and consider their mind, their physical body, and their loved ones, and combined with proper support and therapy, recovery is possible.