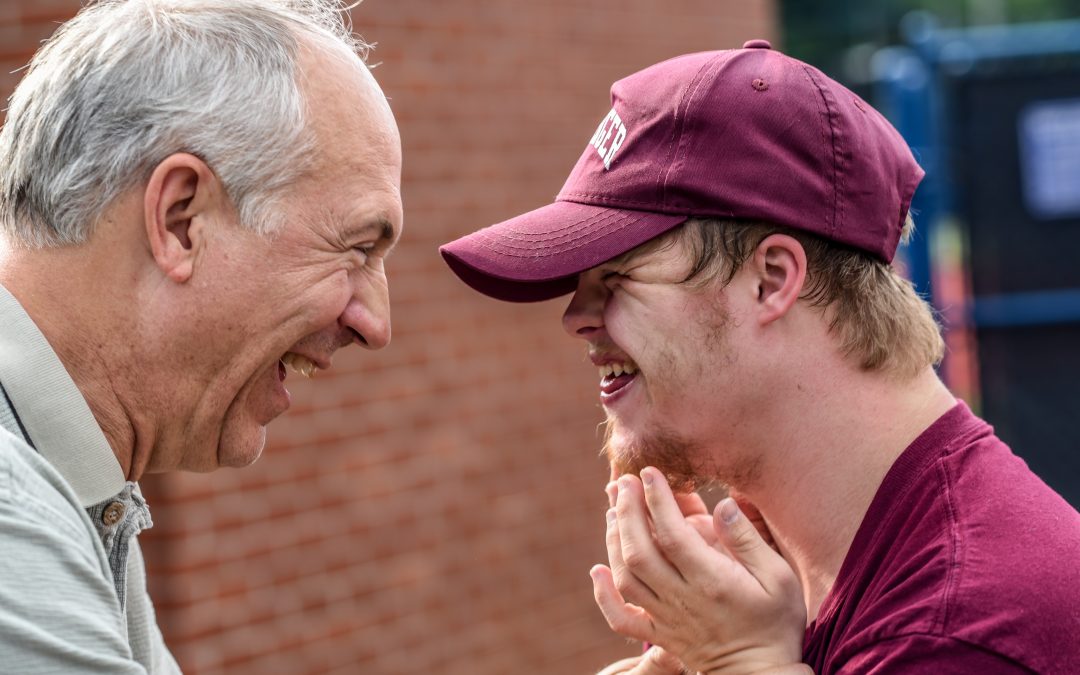 Building the Bridge with Generation Z

Take a look around our workplace and you will likely see people from across different age groups, particularly as we now have many people working past the age of 60. In fact, it is not surprising to see at least up to four generations on the job today, from the Baby Boomers to Gen Z.  In case you are wondering what each of these generations refer to, here’s a rough guide:

Generation Y (also commonly known as Millennials): Individuals born between 1981 and 1996, and are currently between 24 to 39 years of age.

Generation Z (or Gen Z in short): Refers to the demographic cohort succeeding the Millennials, or loosely speaking, those born from 1995 to 2010. In other words, these people would be 10 to 25 years old at present.

A flurry of potential labels has appeared that refer to Gen Z as well, including Gen Tech, post-Millennials, iGeneration, Gen Y-Fi, and Zoomers. It goes to show that this is truly a generation of digital natives. They have been born into a world of vast technological advances and innovations and exposed to smartphones, social media, virtual reality, the internet, and artificial intelligence from a very young age. This is where the gap has widened drastically between Gen Zs and those of Gen X, Gen Y, and especially the Baby Boomers.

Unlike the older generations, the Gen Zs grew up during the rise of social media, smartphones and instant accessibility of information in a hyper-connected world. Gen Z individuals reportedly spend up to 3 hours a day on average on their computing and mobile devices. With that said, keep in mind that new technology is typically first adopted by the youngest generation before it is gradually adopted by the older generations. Baby Boomers in particular, still make up the largest proportion of traditional media consumers. While the younger generations have switched to digitalised news sources or other forms of online social media, quite a handful in the older generations is still sticking to the old-school television, magazines and newspapers.

You might wonder, “So what exactly is the problem here?” Well, while it is true that generation gaps have long existed since time immemorial, the widening gap between generations is seemingly putting our interpersonal relationships under strain. Gen Zs across the world are well aware of the ways in which their childhood has been unique from their parents and grandparents. In the past year or so, the “OK Boomer” phenomenon has become increasingly widespread over social media. Albeit a little controversial, the term “OK Boomer” is often used by Gen Zs in a rather cutting and dismissive manner to a particular suggestion or criticism by an older generation person. As the term found its way onto the internet, the younger individuals found it to be an effective and all-encompassing manner of expressing their feelings, especially towards things that they find out-of-date. Even more so, Gen Zs and Millennials often use it whenever they want to direct our attention to generational conflicts – for example, expressing their frustration and critiquing the older generation for making judgements on issues such as gender expression, their financial choices, or their approach to job-hunting.

We interviewed a fellow Gen Z, Himanshi, a current student at Nanyang Technological University pursuing a Bachelor of Communication Studies.  Here is what she has to say: “Social media certainly contributes to the widening gap due to the disparity between the types of communication and information mediums that we are engaged in. But at the same time, it is a natural occurrence simply due to the sheer difference in trends, preferences and eras.”

This brings us to what we can do to bridge the generational divide. For sure, we can’t stop the rapid evolution of how people communicate and interact, but perhaps it would be useful for us to have a better grasp on the Gen Z’s internet slangs and their way-of-speech, to narrow the communication divide at the very least.

“It may seem a little unfair to expect the older generations to pick up on our slang, especially since we don’t do much to understand their differing experiences and their perspectives either”, Himanshi added. “It’ll probably be a little awkward for us too if they were to start using them, but we cannot deny that it would certainly help in breaking down the communication barrier between us,” she laughs.

As much as we would like to include all the various slangs in this miniature guide, there are, frankly, way too many. However, we’ve picked out some of the most commonly used internet slangs adopted by Gen Z individuals. While this list is, for the most part, universal due to its online exposure, the usage of some phrases could vary depending on region and age group.

“Sus”
Popularised and widely used after the release of the game “Among Us”, this term is short for “suspicious”.

“Oof”
Another term for “yikes”.

“Sksksksksksksks”
Although tough to pronounce it verbally (hence mostly used online), this internet slang is basically the new “hahahaha”.

“Slaps”
This term does not actually refer to an actual slap. Instead, it is used in a positive light to describe something cool, or even praise-worthy. For example, Gen Zs may say, “This song slaps!’”

“Thirsty”
Again, this term does not reflect the innate need to quench your thirst. This term is used to describe someone who is desperate for attention, especially from a romantic interest.

“Shook” / “Shooketh”
Another way to express surprise or shock.

“I’m dead”/ “Dead”/ “Ded” / “I’m deceased”
These are various ways of reacting to something hilarious. These are sometimes replacements for terms such as “LOL”.

“No Cap”
A way to convince another person that you’re not lying. In other words, it is to convey authenticity and truth. For example, a Gen Z might say, “No cap, you look gorgeous.”

“Spill the tea” / “Tea”
“Tea” here refers to gossip or the latest scoop. When one says “Spill the tea”, they are asking you to let them in on the gossip.

“Flex”
To show off. This can be applicable to possessions, or sometimes even knowledge and other intangibles.

“This ain’t it, chief”
A humorous way of signalling to someone that their statement or opinion is wrong or stupid.

“Salty”
A sense of jealousy, bitterness or sadness.

“Shade”
To “throw shade” at someone is to trash talk him with rude comments.

“Highkey”
“Highkey” is often used in replacement of “very”, “really”, or “clearly”. It is used to express something straight up and openly. For example, “I highkey want that shirt!”

“Lowkey”
“Lowkey” is the opposite of “highkey”, and it is usually used to express something in a rather secretive and restrained manner. For example, “I want to keep this issue lowkey,” or “I lowkey hate that guy.”

As more and more Gen Zs are entering the workforce and infiltrating our offices, perhaps it’s highkey time for the older colleagues to study up and grasp these slangs.

Photo by Nathan Anderson on Unsplash