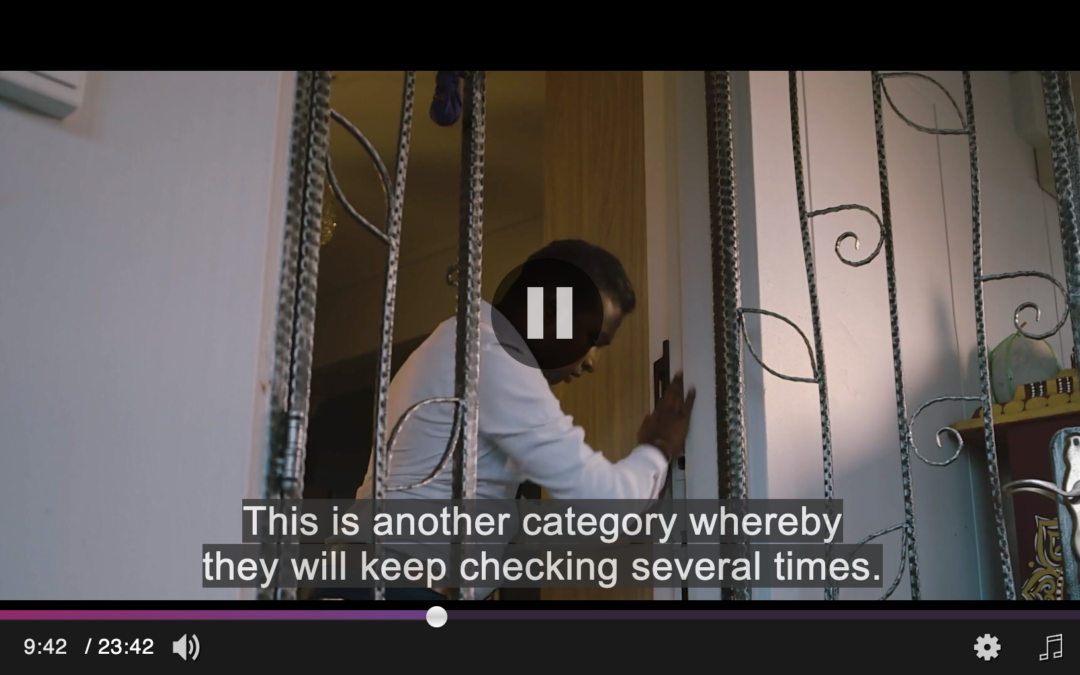 S C Anbarasu shared on the En Ullae episode on Obsessive-Compulsive Disorder (OCD), which featured an actor playing the role of Bala, a well-educated 29-year-old man who struggled with the disorder, bringing his mother to exasperation at times – because as an outsider looking in, she simply wasn’t equipped to understand the condition. Kartik Anand, a social worker who has dabbled in theatre, retold his very personal conception and experience of living with the disorder, albeit with a great deal calmer than “Bala”. The two narratives played off each other, the contrast in each man’s tone and manner starkly laying out the case for sensible treatment. OCD, according to Anbarasu, is a condition that is treatable – with medication and/or therapy. This, he let on at the close of the episode, as a rather stirring montage of Kartik’s achievements on the stage served to remind viewers the uncharitableness of stigmatising people suffering from mental disorders. I haven’t been diagnosed with anything in the DSM-V, but I definitely couldn’t do what Kartik’s done in the field of arts!

Broadly, OCD “traps” an individual within the pounding negativity of unintentional, “dangerous”, recurring thoughts. It exists on a spectrum, where the diagnosis is made upon examination of the severity of four key symptoms. An obsession with cleanliness and avoiding contamination, intrusive thoughts that may be disturbing in nature, fixation on symmetry and order, and desires to harm others that leak forth the yawning chasm that is the mind. OCD affects all aspects of a sufferers’ life – relationships, career, friendships, family, because when undiagnosed and untreated, it is, for lack of a better word, insidious. For Kartik, the weekends were not a source of solace – the dread of his intrusive thoughts running amok kept him clamouring for the steady humdrum of office life and its banal distractions. Interestingly, the episode went out of its way to hint that a mind plagued by OCD shouldn’t simply be viewed as a byzantine web of horrors – both “Bala” and Kartik, upon noticing an injured pigeon, were ensnared by their empathy for the distressed creatures. “Bala” felt the expiration of the pigeon’s nasty, brutish and short life as if it were a weight he had to carry, while Kartik battled his obsession with cleanliness by tending to the bird, risking contact with the animal’s blood. Empathy and bravery. Anbarasu emphasised the importance of finding out if comorbid disorders (a medical term in psychiatry for someone that has more than one mental disorder) were also present, because of the difficulty of diagnosis. In the final third of the episode, the viewer is meant to empathise, or at least sympathise with “Bala” – who unravels in a frenzied spiral of intrusive thoughts. Plagued by visions of harming his closest friend, or a pretty waitress he’d spotted, he is driven to hallucinations as bizarre as his showerhead turning into a snake.

Caught in a cycle of insomnia and isolation, his thoughts overwhelm him to the point of complete breakdown – he melts into the comforting bosom of his mother, all the while cognizant that he is a 29-year-old man. The tragic tale of “Bala” remains unresolved, but serves to inform the public that it is of the utmost importance to get a potential sufferer into treatment if the symptoms’ severities warrant it. Anbarasu brings the episode to a close, by using “Bala” as a cautionary tale – if you are experiencing such symptoms, or notice a loved one behaving similarly, seek professional medical help from a trained therapist, psychologist, or psychiatrist. It is a treatable condition, and with the right help, your life could be as full as Kartik Anand’s.